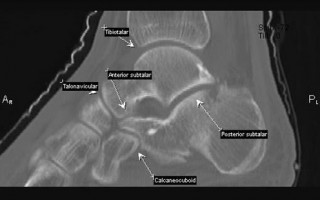 "The culmination of this merger marks a significant milestone for our company, creating the premier, high-growth Extremities-Biologics company uniquely positioned with leading technologies and specialized sales forces in three of the fastest growing areas of orthopedics – Upper Extremities, Lower Extremities and Biologics," said Robert Palmisano, president and CEO of Wright in a press release. "By bringing together the extensive and innovative capabilities of both Wright and Tornier, we can extend our leadership position and further accelerate our growth opportunities and path to profitability, all of which we believe will generate long-term value for our shareholders."

Combining Wright's expertise as a globally-recognized provider of surgical solutions for foot and ankle procedures with Tornier's authority as a designer, manufacturer and marketer of devices for upper extremities, joint replacement and soft tissue repair, this merger is part of a growing trend of industry consolidation. As consolidation creates new leaders in orthopedics with more diverse product portfolios, medical groups are able to combine resources and specialties to pioneer new, state-of-art technologies poised to see widespread adoption in the market.

The recent Wright-Tornier merger is representative of the trend of ongoing consolidation in the orthopedic industry and development of a more competitive extremities and biologics marketplace. Accordingly, Medical Metrics has seen strong growth in clinical trials of new technologies for joint replacement, resurfacing, arthrodesis, and fracture repair. The recent rash of mergers, including even the leading players in the market, has also promoted new development of state-of-the art technologies designed to meet specific patient needs—which in turn is projected to stimulate sales of devices and services. As providers fight for market share amidst the highly competitive industry, consolidations, joint ventures and agreements between companies will continue to support growth and innovation within orthopedics.