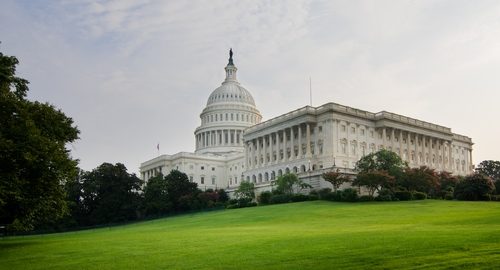 There have been calls from both sides of the aisle for the repeal of the medical device tax, after it has been proven to be repressive of innovation,  problematic to enforce and detrimental to patient care. The House has so far voted twice in favor of a repeal, while the Senate has also shown bipartisan support for the end of the 2.3 percent tax.

Recently, an executive of medical device manufacturer B. Braun Medical Inc. made the case for the tax's repeal at a Senate Finance Committee (Subcommittee on Health Care) hearing. Bruce A. Heugel, senior VP and CFO of B. Braun of America, shared with the senators the effect the tax has had on his organization.

Heugel explained that as a result of the tax, his organization's federal tax bill increased by 29 percent, totaling nearly $33 million in losses that necessitated significant spending reductions and cutbacks.

"We have a responsibility to our employees, shareholders and community not to end up like Bethlehem Steel," Heugel said at the hearing. "So when the new medical device tax takes away $33 million through 2015, we are forced to launch painful counter-measures."

Cuts were seen in the company's research and development, travel, clinical trial and human resources budgets. B. Braun Medical Inc. has also been forced to lay off 200 team members from their medical device workforce, cut pension plans and cancel plans to build a new headquarters, Heugel explained.

Many of the senators on the committee were receptive to Heugel's arguments, including Republican Sen. Pat Toomey.

"My strong preference would be to have a full and permanent and complete repeal of the medical device tax, because it's my view that this tax is doing considerable harm — economic harm," Sen. Toomey said at the hearing. "I am concerned about the impact that is has on innovation in the medical device industry. And I am really concerned about the impact it has on individual patients — current patients and future patients."

Subcommittee member Sen. Debbie Stabenow of Michigan sympathized with the challenges placed upon the industry, but also asked for suggestions on how to undo the device tax without adding to the federal deficit. She expressed concerns that the capital raised through the tax plays a necessary role in bolstering the Affordable Care Act.

However, the House plans to continues its efforts towards repeal. At the recent MedTech Investor Conference in Minneapolis, Minnesota Congressman Erik Paulsen called the repeal of the medical device tax his "key passion right now." He explained that the timing and packaging of the repeal will play a major role in getting it through the Senate successfully.

Multiple studies have evidenced the tax's negative effect on innovation in the medical device industry at a time when novel and cost-effective therapies are needed most. As evidence continues to mount, legislators and industry stakeholders alike grow more optimistic about the prospect of its repeal.